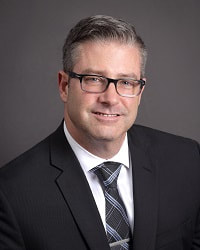 ​John is an associate at Fisher, Skrobot & Sheraw.  John has a B.A in Political Science from the Ohio State University and a Juris Doctor from Capital University.  John is licensed in to practice by the Ohio Supreme Court. He is also admitted to practice in the United States District Court for The Southern District of Ohio and the United States District Court for the Northern District Ohio.

John lives with his  wife Joanna in Upper Arlington. He enjoys his family including two dogs and two cats, Ohio State Sports and cycling. John has been involved in Pelotonia for many years helping to find a cure for cancer.